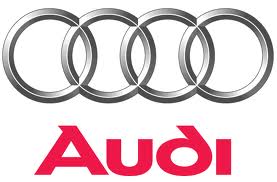 What kind of car do you drive? Certain manufacturers may not be around in a few months and unless you want your car to be a thing of the past, then you might want to get an Audi.

Audi is a German automaker which makes cars that include but are not limited to: the A4, the A6, and the RS. The name comes from the Latin word for Hark. The brand is symbolized by a logo that consists of four overlapping rings (similar to the Olympics but without the fifth ring). The logo is a representation of the merger of four automobile makers from the 1930s (Audi, Horch, DKW, and Wanderer). Together they formed something called Auto Union and the logo came about shortly after.

But, a simple history lesson is not enough to convince the savvy consumer that they should purchase an Audi auto. So what is? How about a rundown of the cars listed, starting with the A4.

The Audi A4
The A4 is classified as a compact executive car. This is fancy European jargon for a small luxury type vehicle. This car began production in 1994 and is currently still in production today. It comes in a sedan version or a wagon version and features front wheel drive or four wheel drive. The car can come equipped with a V8 engine as well.

The Audi A6
The A6 is the next step up from the A4. It is classified as an executive car, meaning it is larger than a family sized car would be. It also comes in both sedan and wagon version (saloon and estate types). It also began production in 1994 and features 4 or 5 doors, front wheel drive, and four wheel drive.

The 2005 model won an award for World Car of the Year.

The Audi RS
The RS is manufactured by a division called Audi AG. They are made specifically to be luxurious, enhanced sport vehicles. The higher powered cars come with all the features of other Audis, but also an additional convertible form.

And these RS types can look really cool, especially the higher tier ones. It is as if you are looking at a car you would see James Bond driving (and that pretty good considering he only drives the best).

But, that is just a brief overview of those particular cars. In order to get the full feel and information (specs too) one would have find their local Audi dealer and test drive a car. Afterwards you will actually want to answer me the next time I ask, What kind of car do you drive? Because you will be driving an Audi automobile. Cheers.