The latest generation of Mercedes-Benz driving assistance systems was introduced with the premiere of the new S-Class.
The driver is supported by numerous new or extended systems which now also come as standard in the EQS, the EQE and the new C-Class. How they work and how they can make driving more comfortable and safe, is explained in this video.
Posted by Star Tech European Auto Repair at 3:50 AM No comments:

The EQS on the Circuit de Monaco

In racing as in life, it’s all about finding the right balance. Join Stoffel Vandoorne on his ride in the EQS on the legendary Circuit de Monaco to feel its divine energy.
Posted by Star Tech European Auto Repair at 9:00 PM No comments: 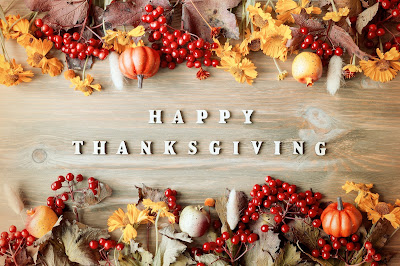 Give thanks for a little, and you will find a lot.
-Hausa Proverb
Posted by Star Tech European Auto Repair at 3:27 PM No comments:

A Detailed Look at the First-Ever BMW i7 | BMW USA


Learn more about the i7: https://www.bmwusa.com/future-vehicle...
Posted by Star Tech European Auto Repair at 9:00 PM No comments:

Which Age Group Causes The Most Car Accidents?

According to statistics collected over the last decade, two age groups cause the most car accidents: teen drivers and the elderly. There are a number of reasons for these statistics, but the reality is that car accidents are a part of everyday life, and that even though someone might be a member of these demographic groups it does not automatically mean that they are going to be in a crash. Teen drivers Driving represents a lot of things to teens. Freedom, empowerment for the first time in their lives and status as drivers makes putting teens behind the wheel a dangerous prospect. Teen drivers cause car accidents because they are full of youthful exuberance, and they lack the experience of more seasoned drivers, and they are prone to taking risks because they feel they are invincible. Furthermore, teen drivers also drive cars that are not the safest on the road, such as smaller vehicles that have more blind spots, or do not have the safety and accident avoidance features that many other cars have. Also, teens engage in riskier behaviors, such as racing, drinking and driving, and overloading their cars with too many people, all of which can contribute to causing an accident. Unfortunately, the combination of inexperience and propensity for risk taking means that teen drivers are among the most dangerous, and the statistics bear this out. That's why insurance companies generally charge more for the policies of teen drivers, because the companies understand the risks of teens on the road and adjust their premiums accordingly. Elderly drivers On the flip side of the accident-causing spectrum, elderly drivers are also an age group that causes the many car accidents. Though they may have decades of driving experience, safe cars and a risk-avoidance mentality, these very factors can actually contribute to causing accidents. Throw in diminished reaction times, failing vision and hearing, and a sense of entitlement and elderly drivers can be just as dangerous as the newly-minted 16 year old out on the road for the first time. As the body ages, the mind and reflexes slow down. Hand-eye coordination decreases significantly, and it is a lot harder for older people to respond rapidly to conditions on the road or other drivers in dangerous situations. Then accidents occur. Older drivers tend to think of themselves as perfectly safe drivers, obeying the rules of the road while the world around them takes dangerous risks. While this is partially true, elderly drivers make can make judgment errors about the flow of traffic and distances between vehicles much easier than younger drivers. If this happens and there is no way to fix this incorrect perception of reality, older drivers can make assumptions that cause accidents. Ultimately, it is the responsibility of everyone on the road to be as safe a driver as they possibly can. Young drivers need to learn that they are not invincible, and older drivers need to realize that their skills and perception have likely decreased over time, and need to make adjustments to accommodate. Article Source: http://EzineArticles.com/4339406
Posted by Star Tech European Auto Repair at 9:00 PM No comments:

70 years after it first raced to victory at the 24 Hours of Le Mans, Jaguar Classic introduces the C-type Continuation. Hand built to the original 1953 specification, this strictly limited run celebrates the iconic model’s motorsport heritage.
Posted by Star Tech European Auto Repair at 9:00 PM No comments:


The 2021 Porsche 911 Targa 4S, priced over $180,000 as equipped in this video (starting MSRP just over $135,000), is the most expensive Porsche I've driven to date. It's based on the 8th generation Porsche 911, and positions itself between the Coupe & Cabriolet, with an electronically folding soft top, and a vast rear windshield. The 8th gen 911 features a 3.0L twin-turbocharged boxer six-cylinder engine, with new, larger turbos and clever asymmetrical variable valve lift system. Is it worth the price tag? Check out the video to learn all about it!
Posted by Star Tech European Auto Repair at 9:00 PM No comments:

We all have a role in road safety! So follow these SAFE STEPS to play your part and help save lives. - Wear your seatbelt - - Ensure all passengers wear seatbelts - - Safely secure children in car seats -
Posted by Star Tech European Auto Repair at 9:00 PM No comments:

Learn more at volvocars.com/us/about/distracted-driving
Posted by Star Tech European Auto Repair at 2:20 AM No comments: