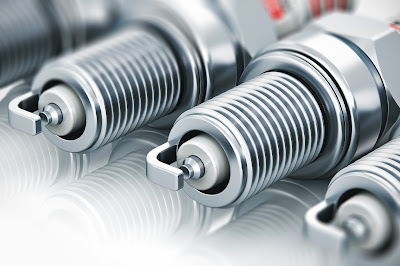 According to recent numbers from CarMD.com, a leading provider of auto repair data, the average American spends between three and four hundred dollars a year to keep their car roadworthy. Although costs differ slightly from place to place, the types of repairs that are needed remain remarkably consistent. Here are the five most common jobs that mechanics undertake.

The modern vehicle is an extremely efficient machine that relies on computer chips, rather than mechanical parts, to keep things running smoothly. The oxygen sensor is an important component that monitors the amount of unburned O2 in the exhaust system. When it stops working, for whatever reason, the check engine light will almost certainly come on. A relatively inexpensive job, it often sets drivers back a couple hundred dollars.

As strong as they may be, all brakes eventually wear out. When they start to squeal, squeak, or make other strange noises, there's a good chance a brake part must be replaced. From brake pads to rotors to calipers and brake lines, these jobs are often quite simple and relatively inexpensive.

Responsible for igniting the fuel in the cylinders, spark plugs are small, inexpensive parts that can cause big problems when they go bad. While it is true that drivers can easily replace spark plugs on their own, putting them in the wrong way may reduce gas mileage or damage the pricey catalytic converter. As such, it's often a good idea to have a professional mechanic handle this common auto repair job.

Although their longevity varies greatly based on the vehicle type and daily driving conditions, most drivers replace their tires several times. More often than not, this ends up costing several hundred dollars for a full set of tires. It is not surprising, then, that most folks choose to have their tires fixed, rather than replaced, when possible. The good news is that holes in tires can often be patched for a fraction of the cost of a new tire.

Even though it is made to last for the life of the vehicle, problems with the catalytic converter are surprisingly common. This important automotive part is responsible for converting dangerous engine gases into less harmful exhaust fumes. According to most studies, the catalytic converter can reduce harmful gases by up to 90 percent. Unfortunately, when the pricey component goes bad, it must be replaced before the vehicle can legally operate on U.S. roads. For drivers who already have a bad converter, expect to pay upwards of a thousand dollars for this auto repair job. But for everyone else, it is important to know the warning signs of this preventable problem. In most instances, the catalytic converter only fails after another related part, such as a fuel injector or spark plug, is ignored for quite some time. In other words, it is always a good idea to handle small repairs before they cause expensive problems.

These auto repair issues are the most common reasons Americans visit their local mechanic. By keeping an eye out for them and talking to your local shop about preventative maintenance, you can keep your vehicle running for years to come!