4 Reasons Not To Wait To Check Your "Check Engine" Light 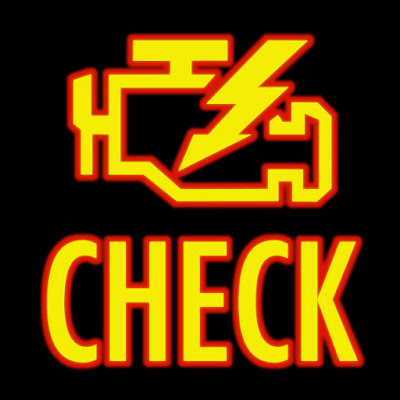 I see it all the time. The customer limps his car in, shaking and shuddering every time he pushes the gas pedal. I could almost write a script - "It seemed to be running OK, then all of a sudden..." After asking a few questions, though, it turns out that it wasn't "all of a sudden."

"Has the check engine light been on long?" I ask. "Well, about a month I guess, but it was running fine so I didn't think anything was wrong", they respond. After checking the codes stored in the computer, it reveals a bad oxygen sensor and a failed catalytic converter, which means for whatever reason the air and fuel entering your engine doesn't burn thoroughly enough, potentially causing gas to enter your exhaust. This gas ignites in the exhaust system, which causes your catalytic converter to melt down, which then plugs the exhaust, which basically means you aren't going anywhere too fast. $800 to $2000 or more later and you're back on the road.

The unfortunate thing is if he had checked it a month earlier, a $200 oxygen sensor may have prevented the problem from getting that bad in the first place.

1. Save yourself a lot of money - your check engine light is called a warning light for a reason. Sometimes you may physically feel a problem, but more often than not you won't. Anything left unattended to could possibly cost you big time down the road. It is true - an ounce of prevention is better than a pound of cure.

2. Save yourself a lot of time - I had a fleet customer recently who had a crew driving a work truck several hundred miles to a job. Unbeknownst to him, the check engine light was on the whole time, and eventually caused a major engine failure which required a new engine. Not only did it cost him thousands of dollars, his truck was out of commission for over a week, when it could have originally been fixed in an hour.

3. Save yourself a lot of extra work - in many states, a check engine light is an automatic failure when you go to get an emissions test. Once your car fails, you have to have the problem repaired, and then it has to go through something known as a "drive cycle", which basically means your car has to go through several different conditions to verify it is working properly before the computer resets and allows the emission test to pass. This could take days or weeks, depending on how the car is driven. After all that, you then have to start the process all over by getting it retested at the emission inspection station. Hope it passes this time!

4. Finally, save yourself a lot of stress - I don't know about you, but just the thought of the first three reasons stresses me out. Why not go ahead and bite the bullet, figure out what it's going to take to fix the check engine light, and hopefully save yourself a lot of unnecessary money, time, extra work, and stress!

On a final note, if your check engine light is flashing, that is your cars way of saying, "HEY! you better hurry up! This could be bad!" This typically means you have a severe ignition system misfire, and that could add up to a whole lot of number 1-4, when a simple tune up with new spark plugs and wires (or coil boots, depending on your system) might fix everything.