BMW - History Of The Car Company 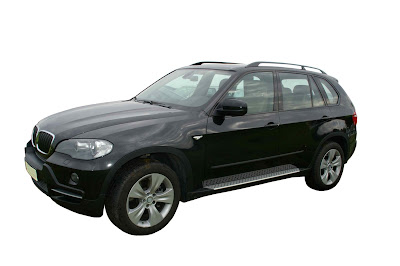 When it comes to the automotive industry, BMW is undoubtedly one of the most-known acronyms in the world. In a nutshell, BMW stands for Bayerische Motoren Werke, or simply Bavarian Motor Works, and it is a world-renowned manufacturer of motorcycles, four-wheeled cars as well as airplane engines. What makes BMW so popular and respected in the automotive industry is its commitment to excellence and quality, and it all started almost a century ago, back in 1916. It was then when Bayerische Motoren Werke was founded, and it was also then when engines have entered a whole new era. BMW initially started as an engine-focused company that studied and tried to enhance the performance of engines as we all know them - slowly but surely, the company moved from basic motorcycle engines to airplane engines that would revolutionise air transport.

It all started with Karl Friedrich Rapp's ambition to improve and reinvent the engines and to make them more powerful than ever before - and it was also Rapp who actually laid the groundwork for BMW. Right before the first World War, the demand for high-performance aircraft engines has sky-rocketed, and this is how Karl Friedrich Rapp's ascension to success started. The BMW company is actually the direct result of merging three different manufacturing companies in one: The Fahrzeugfabrik Eisenach which was located in Thuringia, the Bayerische Flugzeugwerke located in Bavaria (which specialised in aircraft engines) and, last but not least, the Rapp Motorenwerke company which specialised in vehicle engines - the latter soon became Bayerische Motorenwerke.

As mentioned above, BMW started as an aircraft engine manufacturer, and it did that for more than a decade - it was not until the late 1920s when BMW actually became a full-time automobile manufacturer that also offered BMW servicing, upon purchasing one of the factories mentioned above (the Fahrzeugfabrik Eisenach). Rapp's dream was to push the performance of its engines to a whole new level, and this is how the first line of luxury vehicles emerged, back in the 1930s. These vehicles radically changed the way people saw cars and, most importantly - comfort. Featuring no less than six cylinders, these luxury car line was actually the predecessor of the first sports car manufactured by BMW, a car that quickly gained notoriety amongst sports enthusiasts due to its state of the art engine combined with its aerodynamic design. Nonetheless, the joy of BMW as an automobile manufacturer was short-lived, as the company had to stop its production of motorcycles and automobiles when World War II started, as the company started to manufacture aircraft engines yet again.

It was not until the late 1940s when BMW was back on track and it re-started its production of motorcycles and automobiles: BMW started to focus more on automobiles rather than motorcycles, given the high demand for four-wheeled cars. It must be said that BMW enjoyed a great success in the motorcycle manufacturing field, given the fact that it managed to set the first world record-breaking speed towards the end of the 1920s, with its 750cc bike that reached the staggering speed of 216.75km/h. Less than a decade after that, BMW officially released its first roadster, the well-known 328 model. A few years after restarting its automobile production, BMW focused on luxury saloons which became tremendously popular within less than a year. Over the next few years, BMW became stronger and more popular, and it eventually received the license to start building vehicles under the reputable and immensely popular Rolls Royce brand.

Most Important Milestones For BMW

Throughout its 99 years of existence, BMW has enjoyed a wealth of groundbreaking achievements, and everything started with the establishment of the BMW company as we know it today, which took place in 1916. The second most important milestone was the manufacturing of the first motorcycle carrying the BMW logo, the famous BMW R32, which took place in 1923. As mentioned above, BMW stopped manufacturing automobiles and motorcycles during WWII, and the first BMW automobile (the 501 model) was manufactured in 1951, which also marked the beginning of new and promising era for this automobile manufacturer.

In 1972, the BMW Motorsport GmbH was founded, and one year later, so was the renowned BMW museum along with the company's headquarters. In 1994, the company started to expand its business to the United States of America, and it was also then when the company bought the Rover Group. Four years later, Rolls-Royce would come to the company, and one year after that the first automobile of the BMW X-series was manufactured. In 2004, the company released a very compact class of automobiles known as the BMW 1-series, followed by the release of the BMW I-series in 2013, the world's first line of electric cars that did not release any greenhouse gases, as they were entirely propelled by an 100% electric motor.

BMW Outside Of Germany

Although BMW was only producing and selling its aircraft engines, motorcycles and automobiles locally, it slowly started to expand its horizons throughout Europe, followed by Africa and, eventually, by North America. BMW opened its first manufacturing plant in South Africa back in the 1970s, and it quickly became one of the company's pillars, with tens of thousands of automobiles manufactured each year. More than two decades later, BMW opened yet another manufacturing plant in South Carolina, which became famous for two of the brand's bestselling models: the BMW X series (X5 and X6 in particular). The South Carolina manufacturing plant is one of the company's most productive plants, as it produces more than 100,000 cars each year (approximately 600 automobiles each day). Last, but not least, the British factories should not be neglected either (especially those located in Goodwood and Oxford), as they specialize in manufacturing high-end 4-cylinder BMW engines.

To sum it all up, this is the brief history of BMW cars and how they rose to fame throughout the decades. Car owners should know that BMW repairs are conducted in all countries where the company's subsidiaries are present, and it is of utmost importance to opt for the services of a fully-certified and expert BMW repair center such as AP Autocare, as this is the only way to be sure that your current car parts are replaced with genuine, high-quality components that come with the BMW quality guarantee!


AP Autocare, based in Bristol, are specialists in the repair and servicing or prestige cars including BMW. For more information on their BMW car servicing and repairs in Bristol, UK please visit http://www.apautocare.co.uk or telephone 0117 963 8916