A Brief History Of The Jaguar Collection 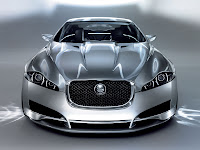 They say that everything moves in circles and if that is true then a popular car manufacturer might be about to head back to the big time. Jaguar who has just released the highly successful XF are currently experiencing a sharp upturn in popularity after years of sitting around mid-table obscurity within the car industry.

Back in the 1990's the Jaguar collection ruled the roads over the BMW and Mercedes brands, with many sales representatives cruising up and down the highways and roads of the United Kingdom. It was the car to own if you were a top sales rep and you could have expected to get some extra bonus points or credit if you turned up at a sales meeting in a Jaguar. Car are often looked upon as status symbols and companies back in the late eighties and nineties would rightly or wrongly assume that you were doing well as a company if your employee turned up in a nice new flashy Jaguar.

As well as the prestige of the road cars the dominance of the Jaguar collection extended onto the race track as the firm entered and then dominated the Le Man 24 hour endurance event with their XJR-9 and Jaguar XJR-12 cars that became iconic symbols for motorsport fans around the world as they took away from the dominance of the Porsche car's that had controlled the series. You can still see pictures of the Silk Cut liveried cars at Le Mans today.

In the late nineties the brand suffered a bit of a downturn in sales, whether it was because the company lost their way with styling or whether the build quality of the cars suffered is not for sure. BMW and Mercedes managed to overhaul their rival and took a large stake in the market. Everyone seems to have their own opinion on why the Jaguar collection from the late 90's struggled to live up to the company's predecessors, but what we do know is that the company managed to find its feet again when the company worked in association with Aston Martin in the early stages of the new millennium. Aston Martin manufactured the DB7 which was revolutionary. It provided the market with something new and fresh, but ultimately it was expensive. Because of this Jaguar developed the XK8 which was modeled closely to the principles that had been set out in the Aston Martin.

The company is now thriving under new ownership from the Tata Motors Ltd, who has managed to install the prestige back into the Jaguar collection and their range of products and if the new XF is anything to go by then the future for Jaguar is looking very bright.