The Nature Of European Car Brakes 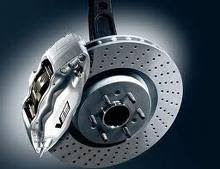 Though the initial appeal of a car is usually strongly related to acceleration, speed, handling, and of course looks, there's something else that is emphasized in the European car: brakes. The fact of the matter is that good brakes are essential for any vehicle out there. And they become more important as the other aspects of performance improve. The brakes of a car have to be able to quite literally keep up with the pace.

As a norm, all modern European cars make use of disc brakes for all of their axles. It's not surprising, considering that Europe (England, specifically) was the birthplace of the disc brake way back in the late 19th century, and the technology continues to meet the cutting edge in Europe today.

The discs on European car brakes work in conjunction with other parts to realize this formidable ability. Brake calipers serve as housing assemblies for the pistons, cylinders and brake pads. The pistons are situated within cylinders; the car uses hydraulic circuits to amplify the force of the braking. Brake pads, on the other hand, produce a friction boundary made of semi-liquid material to create the force that causes the car's wheels to stop.

Disc brakes may suffer damage due to warping, rusting, cracking or scarring, prompting service shops to either machine the discs (also referred to as skimming or rotor turning) or replace them altogether. In the latter case, it would help to find a good online distributor that sells the necessary import parts.